Graham Evernden was born in Kent and studied at Maidstone College of Art. He worked as a graphic designer for several years in London before becoming a freelance artist, illustrator and printmaker. Graham now lives and works with his wife in Dorset.He has designed several sets of stamps for the Royal Mail along with several ranges of china for the Royal Collection including the set to Commemorate the Queen’s Golden Jubilee in 2002.
He has exhibited a number of times at the Royal Academy Summer Exhibition and won a collection of awards including D&AD Gold and Silver Awards and the Gold Award from the New York Art Directors Club. 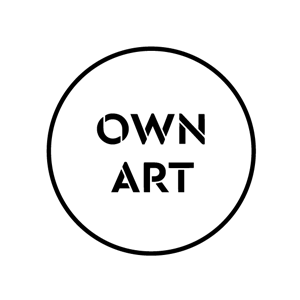 Buy artwork by Graham Evernden with Own Art

Own Art is an interest-free loan scheme managed by Arts Council England. It is designed to make it easy and affordable to buy contemporary works of art. Click here for more information about this payment option.

This website uses cookies to improve your experience while you navigate through the website. Out of these cookies, the cookies that are categorized as necessary are stored on your browser as they are essential for the working of basic functionalities of the website. We also use third-party cookies that help us analyze and understand how you use this website. These cookies will be stored in your browser only with your consent. You also have the option to opt-out of these cookies. But opting out of some of these cookies may have an effect on your browsing experience.
Necessary Always Enabled
Necessary cookies are absolutely essential for the website to function properly. This category only includes cookies that ensures basic functionalities and security features of the website. These cookies do not store any personal information.
Non-necessary
Any cookies that may not be particularly necessary for the website to function and is used specifically to collect user personal data via analytics, ads, other embedded contents are termed as non-necessary cookies. It is mandatory to procure user consent prior to running these cookies on your website.
SAVE & ACCEPT
View Cart Checkout Continue Shopping